In 1935, President Franklin Delano Roosevelt officially proclaimed "World Trade Week" as a national observance by the U.S. Government.  Every year since, the President of the United States has declared the third full week in May as "World Trade Week.  In celebrating this occasion as Tennessee Worth Trade Month, trade organizations, businesses and other stakeholders will come together to promote and faciliate international trade in the US Economy.

In Tennessee, the District Export Councils will highlight the link between international trade and transportation and the region's economic well-being, celebrate companies and organizations succeeding in the global marketplace, and acknowledge thier contribution to the region's economy.  For this occasion, Governor Haslam has proclaimed the month of May 2017 as World Trade Month in Tennessee--encouraging all Tennesseans to join him in this worthy observance. 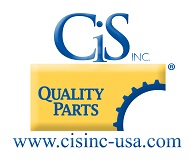 Are you thinking about starting a business of your own? Starting a business is an exciting proposition, but it’s also an incredibly challenging undertaking. These resources will help you learn about what it takes to start a business

Plan ahead by learning about export documents, what you need to know and how to leverage them.

Putting the pieces together…

Explore a host of opportunities and resources available at your fingertips. Read more